Thank you to all of our BRV alumni 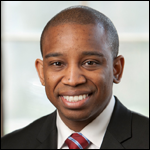 After successfully starting and running a software consulting firm for two years as a student at Morehouse College, Aaron began his professional career at Goldman Sachs in 2004. At Goldman Aaron supported the Program Trading desk. In 2008, Aaron joined the head of Product Development at GFI Group to redesign the firm’s Foreign Exchange Options trading technology platform. While in New York City, Aaron served on three boards: iMentor, Harlem Independent Living Center (HILC), and DSJ Co-op Board of directors. At Cornell, Aaron leads the eLab, an incubator that accelerates 9 start-ups. Aaron is also a member of the Entrepreneurship@Cornell student board of directors and leads an initiative to launch a university wide mobile application that uses location based technology to connect Cornell’s community of alumni, students, and faculty. During the 2010 winter break, Aaron developed an access to venture capital strategy and wrote a white paper on investing in biopharmaceutical startups for Ezra Pharmaceuticals, a start-up that leverages intellectual property from Weill Cornell Medical School. The work for Ezra was an effort to help the start-up raise $10M in Series A financing. During the 2011 spring break, Aaron led a team of 7 MBAs in the New Orleans IdeaVillage competition where his team created a sales pipeline and gained access to distribution in Asia for a local entrepreneur who manufactured high-end spa equipment. This summer, Aaron will be working for a NYC venture capital backed start-up. Aaron is a MLT Fellow and a Consortium for Graduate Study in Management Fellow. 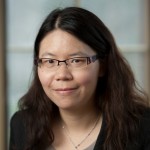 Prior to coming to the Johnson School, Anya spent three years with Morgan Stanley Equity Research Division, following technology hardware industry in the greater China area. In her capacity as a research analyst, she published more than 100 research reports to make investment recommendation for large institution investors. Anya also had intensive corporate development and restructuring experience with GigaMedia, a NASDAQ-listed Internet company, where she involved in several mergers and acquisitions of online game and gaming business in both Asia and Europe. In addition to her role with BR Ventures, Anya is also VP of External Relations with Asia Business Association in the Johnson School.  Anya received her B.B.A. in Finance from National Taiwan University. Anya holds the Chartered Financial Analyst designation and is a member of the CFA institute and New York Society of Security Analysts. 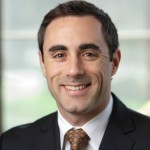 Brandon Wright, a native of the Pacific Northwest, is a first-year student at Johnson.  After attending Whitman College he joined Smith Barney as an analyst, where among other things he developing eight quantifiable criteria with which to screen equity investments.  Having identified conditions of a successful business, he left to start his own.  In the following years he founded and grew a retail coffee monopoly in an underserved market, which resulted in a successful exit.  Concurrently, he also founded a residential mortgage brokerage targeting a recession-resistant client base that fueled an average 25% annual growth rate despite the hundreds of national and regional lenders that were shuttered.  Brandon looks forward to expanding and applying his experience this summer with the operating team of private equity firm Vista Equity Partners. 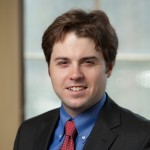 Bryan McGowan is a 2006 graduate of Cornell’s College of Engineering as well as a four year veteran of Intel. While there he led the introduction of Intel’s family of I/O controller chipset products and also did extensive work in device modeling, yield engineering and process optimization. He returned to Cornell in 2010 for an MBA and has been actively engaged with the entrepreneurship community. Bryan will be spending his summer at EnerNOC in Boston focusing on improving operational efficiencies and data reliability of EnerNOC’s demand response solutions. He also enjoys playing various musical instruments, training for triathlons and spending time with his fiancé. Follow him on twitter at @konatech140. 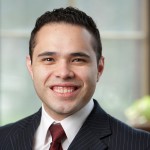 Carlos Castro, a native of Nicaragua, is a 2012 MBA Candidate at Cornell University. Carlos grew up in Houston Texas where he attended the University of Houston graduating with a BBA in Accountancy and Latin American studies. He started his professional career at Anadarko Petroleum Corporation in the leadership rotation program and was senior analyst for the Ghana Jubilee program. Most recently, Mr. Castro developed an access to angel and venture capital strategy for Ezra Pharmaceuticals – a startup that discovered preventive care for blindness caused by diabetes.  He is also a fellow for the Cornell incubator, eLab, coaching young entrepreneurs to take ideas from inception to revenue generating company.  Over spring break, Carlos assisted entrepreneurs in Bogota Colombia scale business models.  Carlos is passionate about investing and will join Agora Partnerships this summer in the venture fund initiative deal souring and operating the Accelerator in Latin America. Mr. Castro is in the initial pilot stage of launching a non-profit focused on educating immigrant entrepreneurs on business accounting and revenue tracking metrics.  Carlos is also member of Lakewood Church, a Management Leadership for Tomorrow (MLT) fellow and a Consortium for Graduate Studies in Management (CGSM) member. 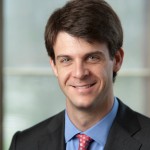 Chris Kurdziel is a passionate technologist and 2012 MBA candidate at Cornell’s Johnson School. At BR Venture Fund, Chris is focused on marketing and branding efforts within Cornell’s entrepreneurial ecosystem and in the larger venture community. He has a particular interest in the intersection between healthcare and consumer web technologies. Before business school, Chris worked in various product and customer oriented roles for McKesson’s enterprise document imaging group. Chris has a BS in Computer Science from Vanderbilt University in Nashville, TN. In his spare time, Chris enjoys rock climbing, golf, playing guitar, cooking, travel, and tinkering with technology. Follow him on twitter at @ckurdziel or check out his blog at chriskurdziel.com. 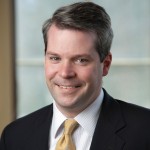 Zach acts as Chief Financial Officer and leads all BRV special events, including the Cornell Venture Challenge. Immediately prior to attending Johnson, Zach spent five years at Investor Group Services (IGS) where he led due diligence, industry assessments, and other strategy engagements for private equity clients. Before joining IGS, Zach was part of the Strategy & Analysis group at Digitas, where he helped a major telecom client optimize its online and search advertising spend. Zach received his undergraduate degree from Brown University. He plans to return to his home town of Boston and remain in the M&A field after graduating from Johnson. 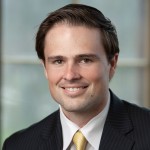 Prior to attending the Johnson School, Justin spent four years in the financial services industry.  Two years in growth equity investing for Capital Southwest Corporation, a business development company, and two years with J.P. Morgan’s investment bank advising clients in the diversified industries space on mergers and acquisitions, recapitalizations, equity capital raising, and debt capital raising. In addition to his role with BR Ventures, Justin is a Roy H. Park Fellow, Co-President of the Johnson Christian Fellowship, President of the Texas Club, as well as a member of the Private Equity Club, Entrepreneurship and Venture Capital Club, Football Club, Basketball Club, and Softball Club. Prior to entering the financial services industry, Justin  received his Bachelors of Business Administration (Summa Cum Laude) from Texas A&M University. 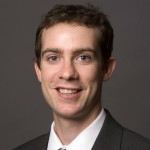 Prior to attending the Johnson School, Bill spent two years managing a start-up company in solar electric project development serving the Northeast US. As COO of this small company, he operated across roles from marketing and finance to strategy and project management. Bill successfully raised capital to fund the company in 2009, and turned the company profitable in 2011. Before running his start-up company, Bill attained a master’s degree in mechanical engineering from Cornell University, and spent just over a year at Oliver Wyman in New York City as a management consultant. Bill is currently a second year MBA at Cornell as part of the accelerated (AMBA) program. He continues to consult for early stage start-up companies and is a founding member of a mobile advertising company currently under development. Bill is a member of the Cornell University squash club and Johnson golf club.