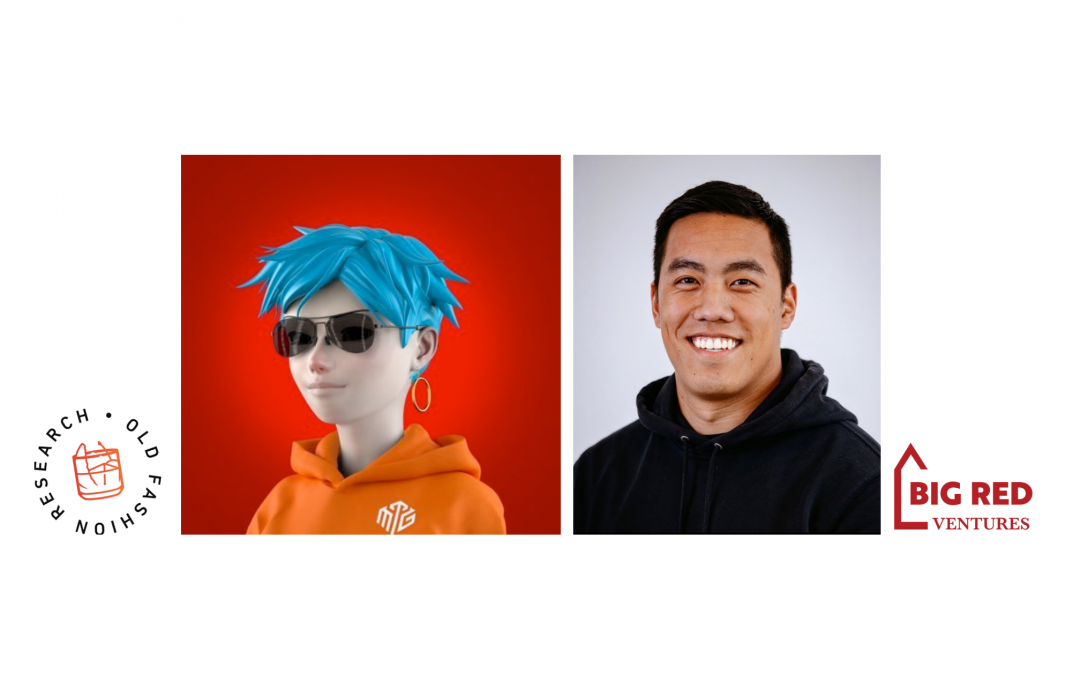 Xin Jiang “JX” is a Partner at Old Fashion Research, a multi-strategy blockchain investment firm covering early-stage incubation, venture capital, and M&A. Prior to OFR, JX was the Director of Binance Labs and Binance Launchpad, the venture capital arm of Binance, the world’s largest cryptocurrency exchange, where he led multiple notable unicorn investments such as Axie Infinity, Moonbeam, Alpha Finance, and Alien Worlds. Before joining Binance, JX was an investment manager at Fenbushi Capital where he led investments in Dapper Labs, FalconX, and Bloxroute.

How did you get into VC?

How did you get into crypto and web3?

During my time at HNA, there was increased regulation surrounding foreign direct investments. A lot of the deals I was involved with could not be closed because funding was cut. During this time, crypto started picking up and a lot of attention was diverted to decentralized finance. It seemed like the perfect timing with what was going on with work to discover this space. I reached out to some friends from college who worked at Fenbushi Capital, one of the earliest investors and supporters of Vitalik Buterin and the Ethereum network, and transitioned fully into crypto VC.

My time at Fenbushi was super interesting because it was a bear market for the entire duration I was there. We were still making investments but due to market conditions of crypto, they were very conservative. We completed a lot of deals relative to other firms but also missed out on so many because valuations were so unconventional. I remember Dapper Labs, now valued at about $8B, received a $100M valuation at seed and no one wanted in. The silver lining for the bear market was that, as an investor, you can really get to know the founders and the projects at a deeper level. There’s not a constant rush to launch tokens or get on exchanges like in a bull market – there’s just this unique determination to build and ship amazing products. You always hear about how important the team is while evaluating a project but the bear market really accentuates that fact and provides a clear lens when assessing a group of people.

What are a few things different about crypto VC from traditional VC?

How fast and challenging it is. Things change every day and you can’t cover everything. Literally, one moment you’ll get exposure to a fractionalized NFT idea on one protocol, but a few hours later, a similar project shows up on your radar that launched on another protocol that completely upends the former project. Then you have the job of having to parse through the noise to find signal which might serve as noise to an even stronger signal. In traditional markets, even in internet or tech, trends have much longer cycles – like in months and years. In crypto, cycles are by days and weeks. Not only is frequency a challenge but the learning curve itself. For a lot of projects, the competitive edge exists as some wet paint research pushing the frontier of cryptography hidden in a 30-page technical whitepaper. Being able to maintain the discipline to find that edge and understand it to make a sound investment decision is very difficult. Somewhat tangential to this idea is that newcomers into the space, particularly from younger age groups have such a massive opportunity to excel. Everyone has a chance to succeed because of how early things are and there’s no time to be complacent. VC economics and structure. Liquidation event cycles are sped up. Instead of 3-5 years for an IPO or acquisition to occur, 3-5 months is the average time for a token – which is treated as equity – to be listed on an exchange. If you participate in a fair launch project, tokens are liquid from day one. Tokens fundamentally change the way projects get fundraising. DAOs or decentralized autonomous organizations focused on investing are spinning up and comprise of people that projects are more willing to work with because they’re usually crypto-native, unlike most traditional VCs. A lot of protocols don’t need VCs at all and they launch via decentralized methods through a DAO or individual members contributing to the project. Crypto projects, generally, seek to build large communities of developers and users, where as many people as possible are able to collaborate on its growth. Founders are incentivized to reduce allocation and increase the number of investors. Capital is incredibly abundant right now so utility and other forms of capital like intellectual and talent are weighed more heavily in a founder’s eyes.

Describe your experience at Binance.

I worked as the lead of Binance Labs, the investment arm of Binance, the world’s largest cryptocurrency exchange. It’s essentially corporate venture capital but for crypto. For the listeners or readers unfamiliar with the business, Binance did everything from payments, custody of assets, derivatives trading, and more to generate a massive user base. The goal of Binance Labs was two-fold: make strategic investments to optimize financial returns and to grow and scale the business. I was always thinking about how projects can bring user volume, contribute to the ecosystem, or acqui-hire for talent to benefit the organization further.

What was your favorite project or investment while at Binance?

Axie Infinity was a ton of fun to work on. Axie Infinity is a pokemon-inspired game that pioneered this idea of play-to-earn – anyone can earn tokens through playing the game and tokens can be exchanged for fiat. The game has changed the lives of hundreds of thousands of people, particularly in emerging markets where they are earning more money playing the game than their day jobs. Before the launch of their tokens through Binance, Axie had daily transaction volume of $60K. A year later, Axie Infinity has daily transaction volume of over $16M. Binance Labs played a key role with marketing the game globally and boosting product development. I completely underestimated the team’s ability to execute as well as they did and their success is a testament to that.

How are things similar or different between Binance and what you’re doing now at Old Fashion Research?

At Binance, a lot of time was spent collaborating with other departments. It’s a large corporation and every investment is not just done by the Binance Labs team; you communicate with listing team for launching the token, collaboration with legal, finance, research for diligence, and more. At Old Fashion Research, that process becomes streamlined and refined significantly. We also structured the firm to be more decentralized; somewhat fitting for the overall ethos of crypto. Our investment strategy is actually pretty similar, though. Here at OFR, our mission is to build out an ecosystem and diversify our portfolio with investments that are strategic to the rest of our portfolio, similar to how we wanted to ensure our Binance Labs investments were beneficial to Binance as a whole. For example, we incubated a gaming guild in Africa that recently launched, and a number of games in our portfolio were strategic investments that were mobile-first because the gaming guild members prioritize playing games that are on mobile.

I’m trying out new games, testing protocols, and contributing to NFT projects. It really doesn’t feel like working other than some more arduous tasks like writing research reports for thought leadership, putting together investment committee memos, or pitching LPs. I’m working all the time and will rest a bit on the weekends. Some days I feel like being in the metaverse is just as fun if not more so than real life. When I’m “not working”, in a way, I still am. Almost all of my network shares my same interests so we “hang out” in the metaverse. There’s always something to talk about when it comes to web3 and crypto and instead of going to a bar we’ll just kick it in Sandbox or online.

What are you most excited about in web3 and crypto?

There are so many exciting trends going on. DeFi is really interesting but it’s dominated by whales, a term to describe people who have an incredible amount of capital to move the market in a certain direction. I’m spending a lot of time on gaming and definitely consider it to be one of the more exciting focuses of the space. There’s an inflection point where there are so many Axie Infinity copycats that there a higher benchmark is being set for the types of crypto games people are willing to play. I think we’ll revert back to the importance of a game being just fun to play and layering NFTs or other open economy features on top of it to enable play-to-earn in a more effective way. NFT trends are happening now being led by huge names in web2 like Nike, Adidas, Pepsico, athletes like Steph Curry buying Bored Ape Yacht Club NFTs… The list goes on. Once mainstream adoption begins, it will be super fascinating to see how the bridge between web2 and web3 will happen.

What advice do you have for people looking to start a web3 startup?

Be focused! Founders who succeed in this market are always more focused than everyone else. It doesn’t matter if the market is in a bull or bear cycle. It doesn’t matter if everyone is talking about a specific trend. If the hype is surrounding NFTs and you’re working on a DeFi project, keep your head down and keep building – don’t pivot just because that’s where the money is going or because that’s what everyone is talking about. It’s super easy to do that because everyone in the space seems to FOMO a lot easier than in other industries. Along this same idea, remember that market cycles change very fast and there will always be peaks and valleys. Ignore the cycle as much as you can and always focus on building! A good way to do this is to find great partners and teammates. It is very difficult to succeed alone.