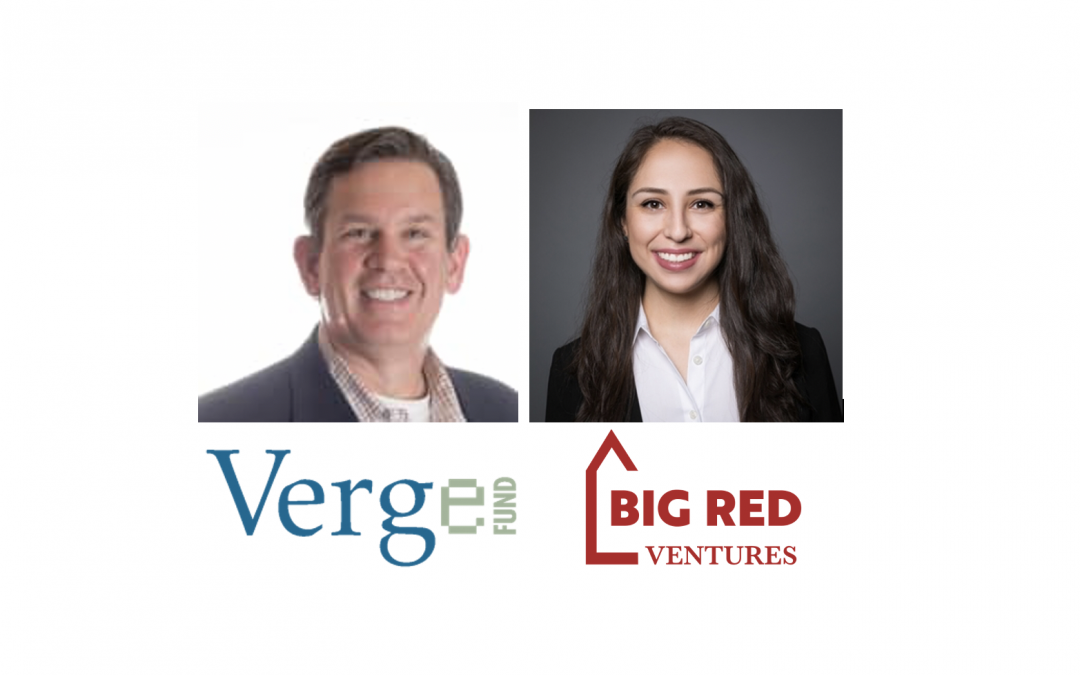 Prior to founding Verge Fund, he was a general partner of Murphree Venture Partners and Director of Education and Research for the Austin Technology Incubator. Stephenson holds an undergraduate degree in physics from Rice University and an MBA from the University of Texas at Austin.

What was your journey to venture capital and founding Verge Fund?

My journey into VC was atypical. The VC industry is small, and typically with early-stage VC, most get into it from being an entrepreneur. My experience was different—I’d gotten my MBA, and I was working for a business incubator in Austin, Texas: the Austin Technology Incubator. I was interested in returning to New Mexico—where I grew up—and was looking into options. A colleague working for a VC fund in Houston reached out and mentioned they were building a portfolio in New Mexico and needed an office in Albuquerque. My experience at the incubator and my background evaluating early-stage deals made me a good fit for starting Murphree Venture Partners’ Albuquerque office. I did that for six years, but I realized that there was a lot of opportunity in seed-stage deals, earlier than typical investments for Murphree. A group of co-founders, investors and I created Verge Fund eighteen years ago.

What brought you back to New Mexico? What makes this VC community special to you?

New Mexico is a global powerhouse when it comes to technological developments. It has research universities, two national laboratories, and a military base—amounting to more than $5B in research and development. Also, we find it attractive to grow businesses in New Mexico. It has a lower cost of living, and it is possible to invest in the workforce. While it may be easier to find employees with a high-specialized skillset in places like Silicon Valley, employees in those markets change jobs and move frequently, making it difficult to invest in the workforce. We don’t have that issue in New Mexico; we can find dedicated employees and can spend the time working on cultivating and developing their talent.  For example, Pajarito Powder—one of our portfolio companies—does highly specialized work creating fuel cell catalysts. It’s a global startup, but it’s based in New Mexico. Because it is highly specialized and a lot of the work is novel, we knew that we’d have to spend a lot of time and resources training employees. New Mexico provides a good backdrop for that because it has the technological know-how and a labor force that we can train and rely on staying long term.

Are there any trends that you’re particularly excited about?

I’m excited about startups in the life sciences space—both materials and operations—and I’ve noticed a lot of activity in software and hardware. Personally, I’m most interested in deep tech startups, specifically water and energy deals. These areas lend themselves well to technology that is difficult to replicate. It’s not just someone throwing money to develop it. Also, there has been a lot of development at the seed investments in last couple of years. It’s something that’s good to see. When we started the Verge Fund, there was practically no seed investment in New Mexico. It was a challenge to dig in and do deals on our own. But that’s changed over time thanks to an incentive program run by the State of New Mexico’s State Investment Council to VCs that promise to make investments in the state. It has been good to see. Now the question is how the seed investment trends transition into later-stage investments in the state.

What advice do you have for startup founders that are seeking VC financing?
My advice varies a lot depending upon the type of deal, but one thing that’s universal is to make sure you have a good lawyer. A lawyer familiar with VC financing and corporate law can structure a company and a deal well on the front end that adds a lot of value. A good lawyer saves a lot of trouble in ways that might make VCs walk away. I’ve been on the other side with founders who have chosen counsel that is not familiar with VC financing, and there’s a lot of needless arguing about aspects of the term sheet that are market and uncontroversial. Additionally, it is important that startups, especially early on, do not have the wrong people in the wrong positions. We often see startups with very technical founders, and they split up the roles—CEO, CFO, COO—a bit haphazardly. That can be a bad idea. At early stages, investors do not expect that the team be fully formed. But as the startup progresses, filling out the team with the right people must happen. As a VC, I need to get a sense of the management team and be assured that the individuals placed in specific roles are well suited for those roles.

What advice do you have for professionals—specifically college students—who want to break into the VC space?
If want to do later-stage VC, that’s more private equity, and you should probably work in investment banking. Get the experience, do a lot of transactions, and then you can move. If you want to work in early-stage VC, you need to work for a startup, ideally as part of the founding team. Unfortunately, most MBA programs don’t train people to create their own companies or work for a startup. Most people want the paycheck security of an investment banking or consulting gig, but it’s important to get that startup experience to work in early-stage VC. It doesn’t necessarily have to be a brand-new startup; it can be a startup that’s a bit more mature and stable. Also, there are larger VC firms that hire people directly in as analysts, and there might be programs tied to geography, such as NYSERDA which is tied to Southern NY, but generally the best path to working in early-stage VC is to be part of a startup.

Thomas Stephenson was interviewed by Micaela Lucero, Fund Manager at BRV, in November 2021.