An Interview with Mohan Karuppiah, founder and CEO of IppoPay Technologies 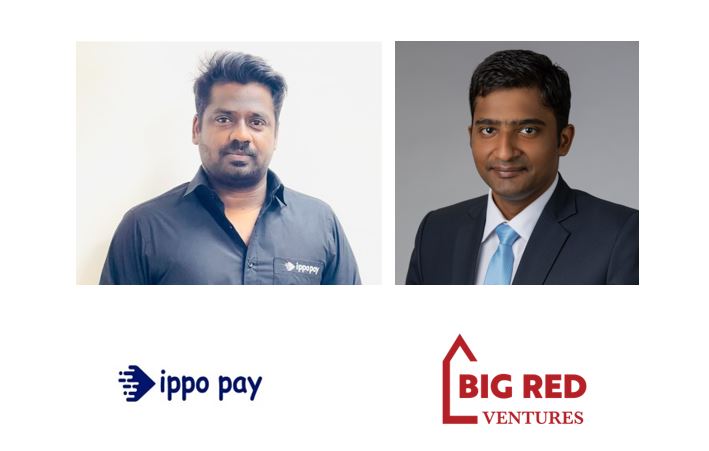 Mohan Karuppiah is the founder and CEO of IppoPay Technologies, a payments solutions company headquartered in India. IppoPay, currently, offers full-stack payments solutions to businesses operating in verticals with a large TAM (Total Addressable Market) such as MSME, Agri-Tech and Education. The company is backed by Coinbase Global Inc, Better Capital and Blume Founders Fund. Mohan, along with his co-founder Jaikumar, co-founded IppoPay with the objective of driving digital inclusion for people in small towns and villages of India. In two years, IppoPay has scaled up to over 200,000 MSME merchants across the hinterlands of Tamil Nadu.

Mohan is a serial entrepreneur and prior to founding IppoPay Technologies, he had co-founded a startup called Foloosi, a payment service company for small businesses in the Middle East and Roamsoft, an IT service company headquartered in India. Mohan hails from a family of fishermen in Thamaraikulam, a small village the south Indian state of Tamil Nadu. IppoPay setup by Mohan today has over 250 employees with offices in Chennai, Mumbai and Bangalore.

How did you decide to venture into entrepreneurship how difficult was it for you to become successful?

I grew up in a small town where most of the developments that come would reach very late after most of India got them. This was true even with the historic digital drive in financial inclusion which India witnessed through the JAM (Jan Dhan – Aadhaar – Mobile) Trinity.

So I realised that becoming an entrepreneur and taking charge is the only way to bring about the change that I want to see in my village and for that matter, several other small villages.

I have seen my mother and several other people in my village, as late as 2 months ago, travel 25+ KM to the nearest bank branch to draw cash deposited into their bank accounts by agritech companies buying their produce.

It was imperative that I therefore build a business that would drive digital financial inclusion for people and businesses all the way down to the small villages.

I founded IppoPay to exactly do this.

Why did you select payments as a space? Isn’t that space in India already crowded?

India has several generalist companies offering payments solutions as a one-size-fits all offering. This works beautifully when the space is evolving and they have done a phenomenal job bringing a serious portion of Indian payments into the digital framework.

But over time digital businesses and old-world businesses start interacting with each other. Through this interaction, they evolve a certain way of engaging with each other, be it the workflow or the upstream/ downstream payments’ flow, as is happening in sectors such as agritech, education, logistics, etc

These create innate complications and pain-points that are not addressed specifically by these generalist payments processors.

IppoPay’s focus on select industries such as MSME, Agritech and Education allows us to go deep into narrow verticals and solve payments and related problems in the said industry

Why focus on MSMEs and small merchants? What challenges do you face while building for this space?

The first and a relatively universal challenge is that it is very difficult to get small businesses to pay for software unlike enterprises… Even globally this trend is playing out in businesses such as Brex which was built and highly valued for its focus on small businesses.

This also plays out in other ways such as slower adoption, etc with businesses such as Fast Inc., Bolt which face/ faced friction while onboarding smaller businesses meant to drive traction for them

Some players such as Bloc in the US or Bharatpe in India built a lending first model.

We focus on ensuring that small businesses on IppoPay platform benefit from IppoPay’s localized marketing efforts to earn a steady stream of additional income. Lack of availability of additional sources of income/ semi-passive income for small businesses is one of the biggest problem statement and that is what IppoPay seeks to solve actively

How has the general impact on account of funding winter affected IppoPay?

IppoPay has been largely bootstrapped to achieve the current levels of revenue which is in the territory of ~$30 Mn in Annualized terms. We have been extremely frugal in our spends and even at the peak of the tech hiring phase, we were disciplined, relying extensively on our “hire young and train” model which has worked extremely well for us. We are a cash generating company built on strong unit economics, so even in this environment you will see us hire at the same velocity as before

Do you believe this product is suitable for building a global business especially given the levels of compliance involved in financial services and fintech as a space?

Fintech is a business of trust. IppoPay is evolving steadily into a well-recognized brand by the community on the supply side namely banks, lenders, TSPs, Payment companies and so on

We are also a well recognized brand on the demand side, namely merchants, in the micro-markets IppoPay targets

While we may not want to retrofit a payments first approach, which worked for us in India, for markets such as Middle East and South East Asia, we have products such as Risk Management Solution, Cards as a Service, Spends Management, etc that we believe will help us enter these markets through the SAAS-first route

While we currently use these capabilities to power our own offering to build in agility into our offering and there is a lot to be done in India itself, we believe these are the products that we will take to markets outside India first

What are your thoughts on the recent rout in valuations of global fintech companies? How has it affected IppoPay and other fintech/ tech companies in India?

I believe that valuations are a function of 1. Perceived growth potential, 2. Problems, the solving of which translates into such growth, 3. Timeline to achieve such Growth, 4. How hospitable is the existing infrastructure to support solving such problems

There is very little change that has happened in the intrinsic factors – Problems haven’t disappeared or for that matter, the infrastructure hasn’t dramatically improved or worsened… Maybe the time to solving these problems might have been underestimated which could intrinsically drive valuations south

So in summary I believe some part of valuation paring was par for course and even healthy; a lot of the value loss will come back both in international and Indian markets given the size of the opportunity